Have to admire a person who breaks down barriers. Make new rules and create a new norm….. Misty Copeland is a 31 year old American ballet soloist who happens to be African American. As the first woman of color to be a soloist for the American ballet theatre, she has broken many barriers. The American Ballet Theatre is one of the three leading classical ballet companies. Young Misty was born in Kansas city Missouri, and raised in San Pedro, California. Not like the traditional ballerina, she began her dance studies considerably late at the age of thirteen. She often visited the boys and girls club where she met a woman who offered a dance class that she took interest in. The lady noticed raw talent in Misty. It was apparent she was a natural. Later the lady offered to drive her to the San Pedro Dance studio after school so she could practice her gift, rather than come to the boys and girls club. Misty’s mother who was at first hesitant soon agreed. After many months of training and practice she excelled and began doing large shows and became totally invested. Her mentor eventually moved Misty in with her and her family so she could be closer to the studio she was often at. She later went through a custody battle with her mentor and mother which really shaped who she is and strengthened her struggle. She later dropped all the charges and was out of her legal bundle. She then went on to do so much. Copeland joined ABT’s Studio Company in September 2000 and then in 2007 joined American Ballet Theatre becoming the first African American Soloist!

Did I mention she’s HoTT!! 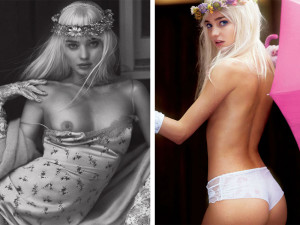 Welcome to Elli King VIP.com
This is an adult-oriented website. Please observe the laws in your area regarding legal age and the viewing of adult content. Any monies exchanged are strictly for time and companionship only. No other services are intended or implied. ENJOY!

I Accept & Enter EXIT
error: This content is protected !!!